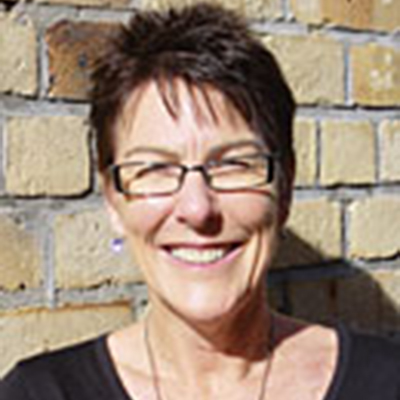 Director and Founder of B&W Consulting, Robyn has been managing large and challenging relocation projects for more than 20 years establishing B&W in 2004.  Whilst her speciality is relocating healthcare facilities, which began with the planning and execution of staff, approximately 400 patients and clinical and non-clinical services at Auckland, Green Lane and National Women’s Hospitals, Robyn has worked with a wide ranging variety of organisations in New Zealand and Australia.

Robyn manages B&W, providing support and expertise as and when required to the B&W Team and enjoys continuing to grow B&W’s reputation and range of services.    New clients and projects are welcomed at any time.

Andrea joined the B&W Team in August 2010 and since that time has managed relocations for:   Spark, Auckland Council, NZME, Fonterra, Stuff, Chorus, Fletcher Building, CCL and the Ministry of Justice.   Andrea’s role on the NZME project included the planning and management to relocate approximately 1000 staff (inclusive of the News Room and Radio Stations), in addition to playing a key role in the stacking (space planning) of the building.

Andrea has managed complex space planning and the resultant moves within and between buildings for Spark.

Kim joined the B&W Team in September 2013 primarily to manage the return of BNZ to Harbour Quays in Wellington.   Kim has managed moves, often including the management of soft fit and/or Exit of vacated buildings for:   BNZ, Spark, Kiwibank, AgResearch and Stuff.    Kim has also worked extensively for Government, playing an integral role in projects for:   Ministry of Foreign Affairs and Trade  (MFAT), Ministry of Social Development, Ministry of Education, Ministry of Health, IRD and Ministry of Culture and Heritage.

Kim also managed the relocation and consolidation of Weltec and Whitireia from multiple campuses around Wellington and Porirua into one new Institute of Creativity.    The Institute houses:  Beauty School, Carpentry, Music, Trades School, Performing Arts and Film School.

Toni has been part of the B&W Team since 2017.   Toni is B&W’s lead at the University of Auckland, planning and managing multiple moves including not only office relocations but scientific laboratories and other specialised spaces.

Lisa has planned and managed relocations since joining B&W in 2010 with one of the most complex projects being the return of Collections and staff to the refurbished National Library of New Zealand (Wellington).   This project was possibly the largest volume move ever undertaken in New Zealand and was hugely complex, requiring incredible attention to detail to meet the client’s exacting standards and to ensure the protection of the priceless collections.

Pamela also joined the team in 2010 and in the early years managed the relocation of 100’s of staff at Auckland City Council who remain a client of B&W.   The University of Auckland then required a B&W resource to plan and manage ongoing relocations presenting a wide variety of requirements ranging from traditional office spaces to specialised scientific instrumentation requiring resources from overseas, collections of visual resources, libraries, rocks, fossils, moa bones and more.

Julia has a Bachelor of Property (BProp) and her experience includes delivering an interior fit out that achieved a minimum 4-star Green Star Interior Fitout rating.

Julia’s fit out experience has placed her well to work with clients to manage soft out aspects of their relocations including procurement, project and contract management.